The proposed scheme aims to develop a pilot project that identifies new approaches to design next generation productive areas.
The transformation of Andritz Hydro industrial area will generate a new impulse for Kriens, creating an integrated mix of uses where to live, collaborate and invest, generating a cultural hub open 24/7. Not just a place where to work, we propose an urban growth around intellectual capital, improving quality of life and social well being.

Our proposal aims to become a further stratification along the time, without erasing the peculiarities of the place, but enhancing them with an intervention that has production as a common thread.
The architectural concept is based on flexible, adaptable, modular units which respond to the needs of a phased construction. A simple and consistent architectural language gives character and originality through a creative composition. A white canvas designed to inspire creativity and allow users to express their own identity.

We promote a portion of city inspired by eco sustainability principles. A new park and a water canal will guide the main urban paths and will put the proposed and existing building into a system, making them perceive as part of a unique organism.

The modular unit is organized vertically to accommodate the different uses such as productivity at ground floor, retail and public spaces at first floor and residential units on top.
It is conceived as a contemporary interpretation of the Middle Age concept of artisan manufacturing in individual households.
The public framework will be located on a raised level, this allows to extend the pedestrian paths over the road, providing an easier access to the area. The productive spaces will be visually and physically connected to this framework.

Halle 7 will be retained to act as a link among the macro themes. It will play the role of a landmark emphasizing a known identity related to the factory’s history.
The residential buildings will offer different typologies of accommodations suitable for different economic and spatial needs.
The integrated prototype is going to generate various benefits to its haunters: residents will take advantage of nearby employment; the businesses in the industrial area will enjoy proximity to the services and existing infrastructure and municipalities will strengthen the urban economy.

The new Agorà underlines the importance of the industry to empower everyday life of local residents and the society as a whole. 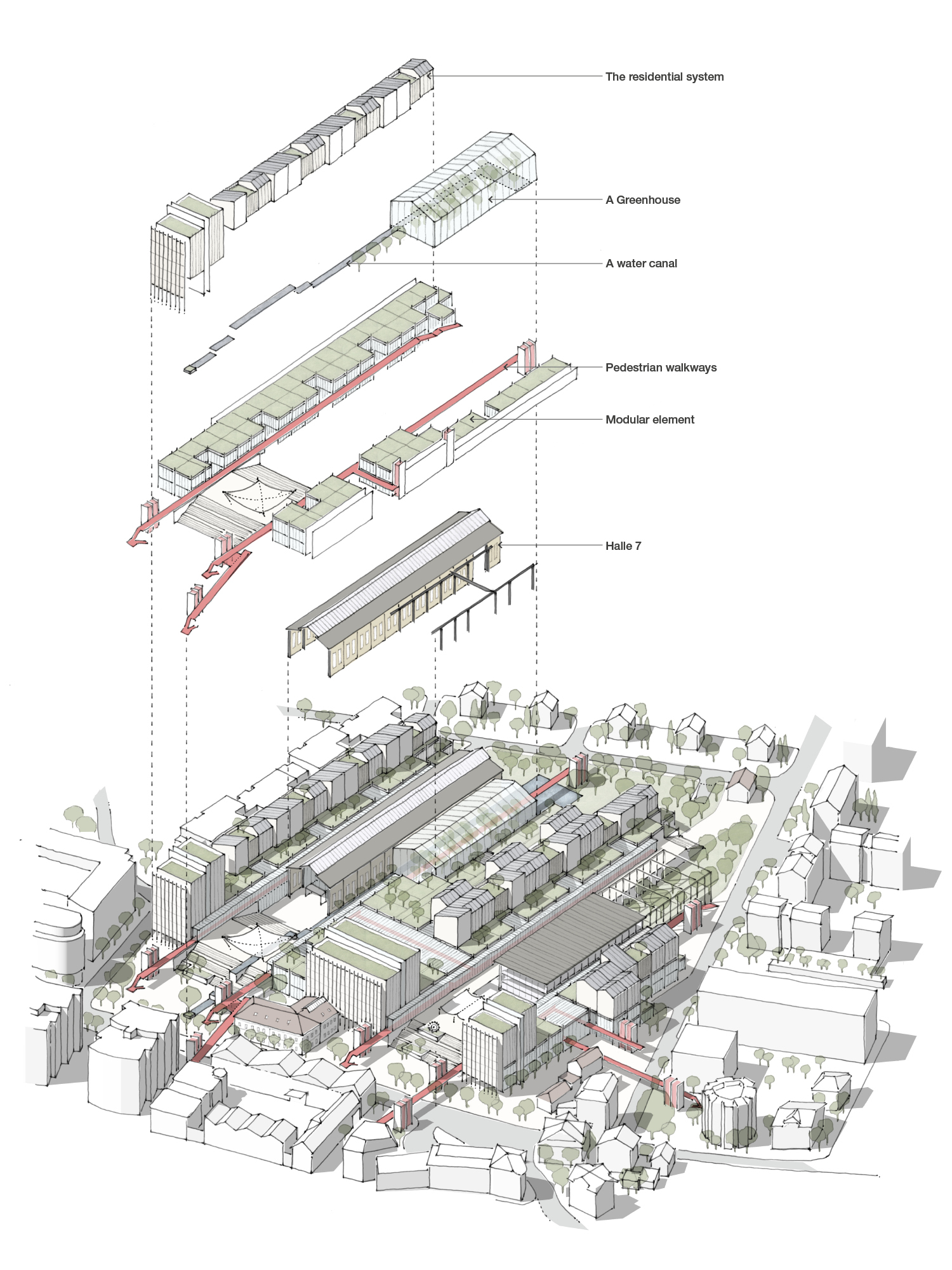 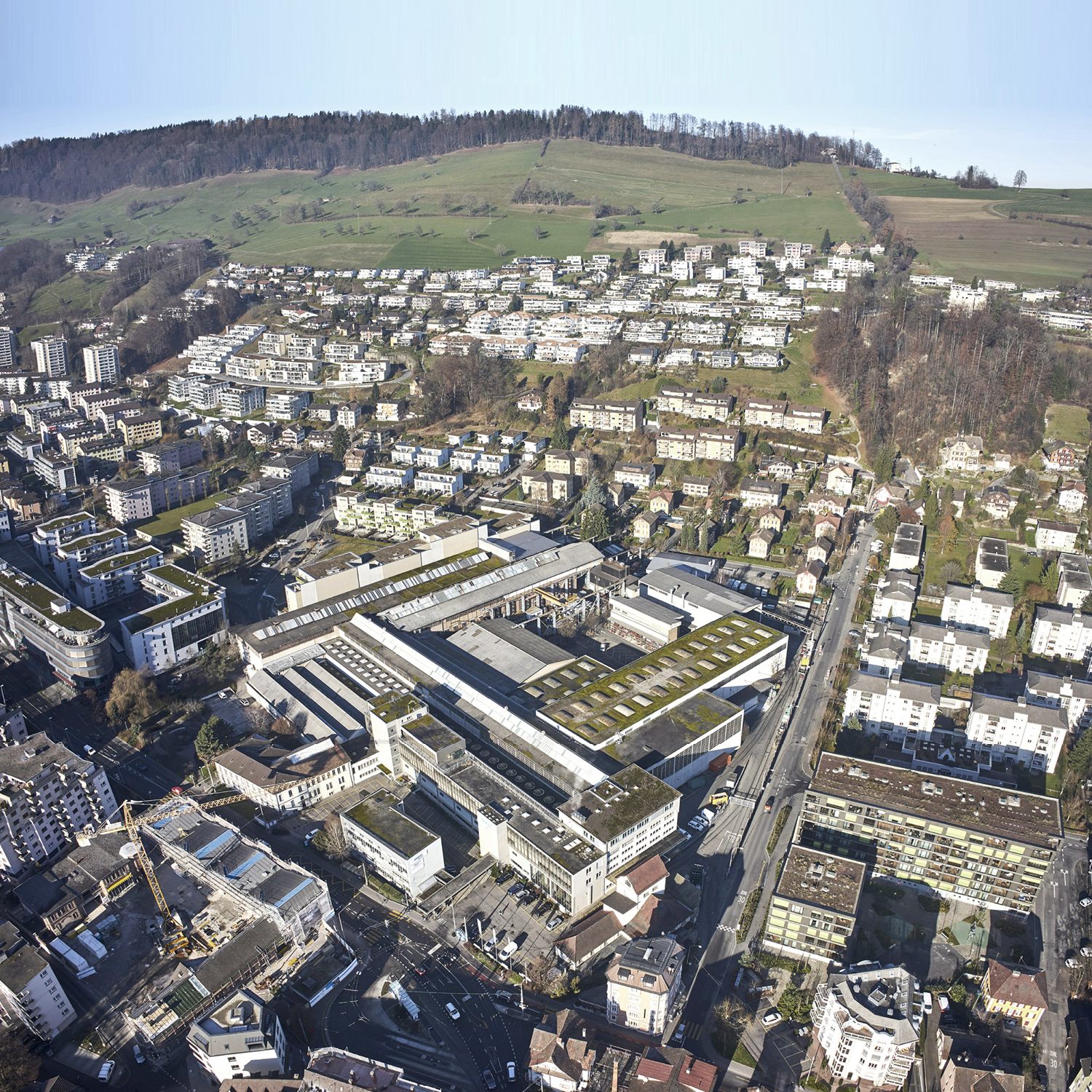 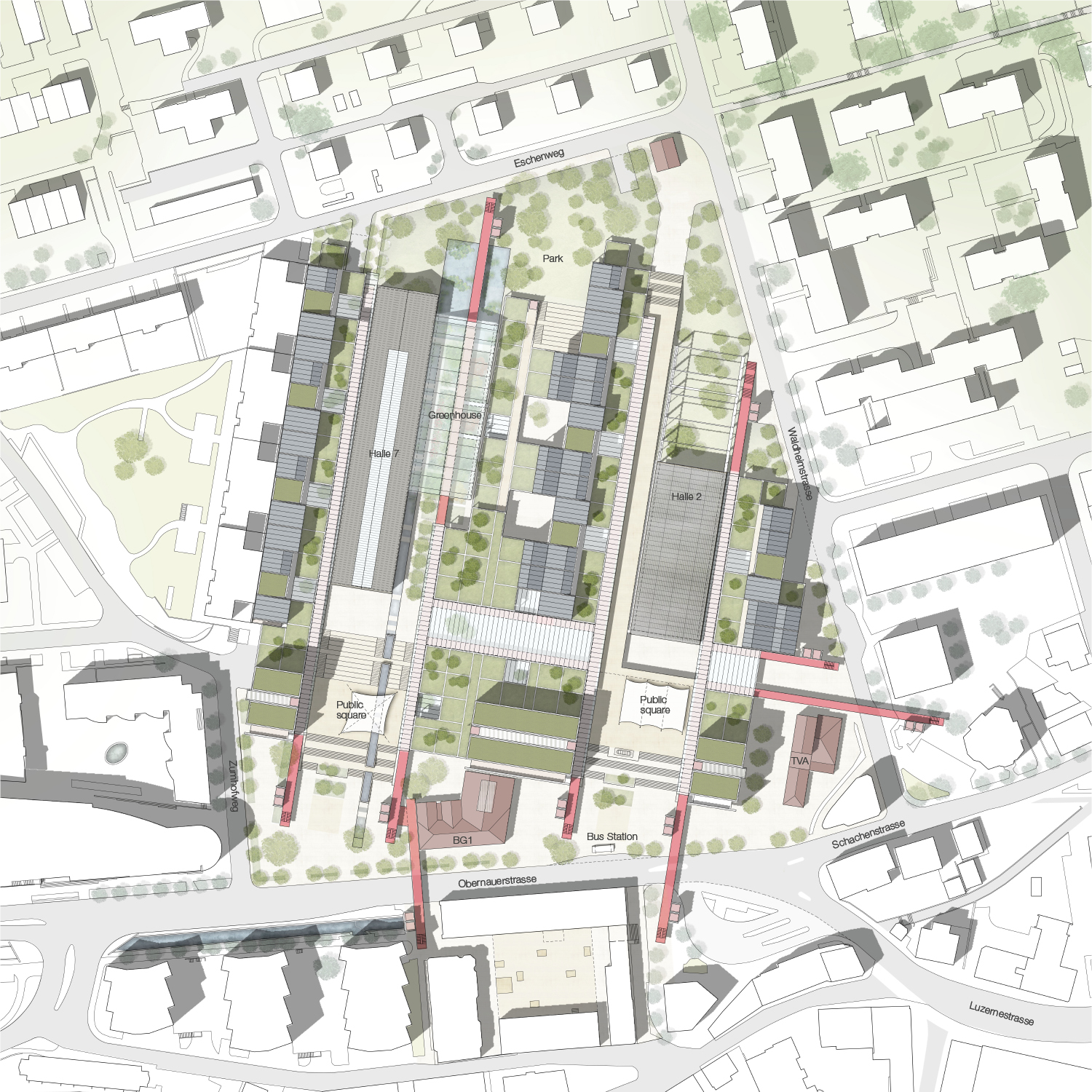 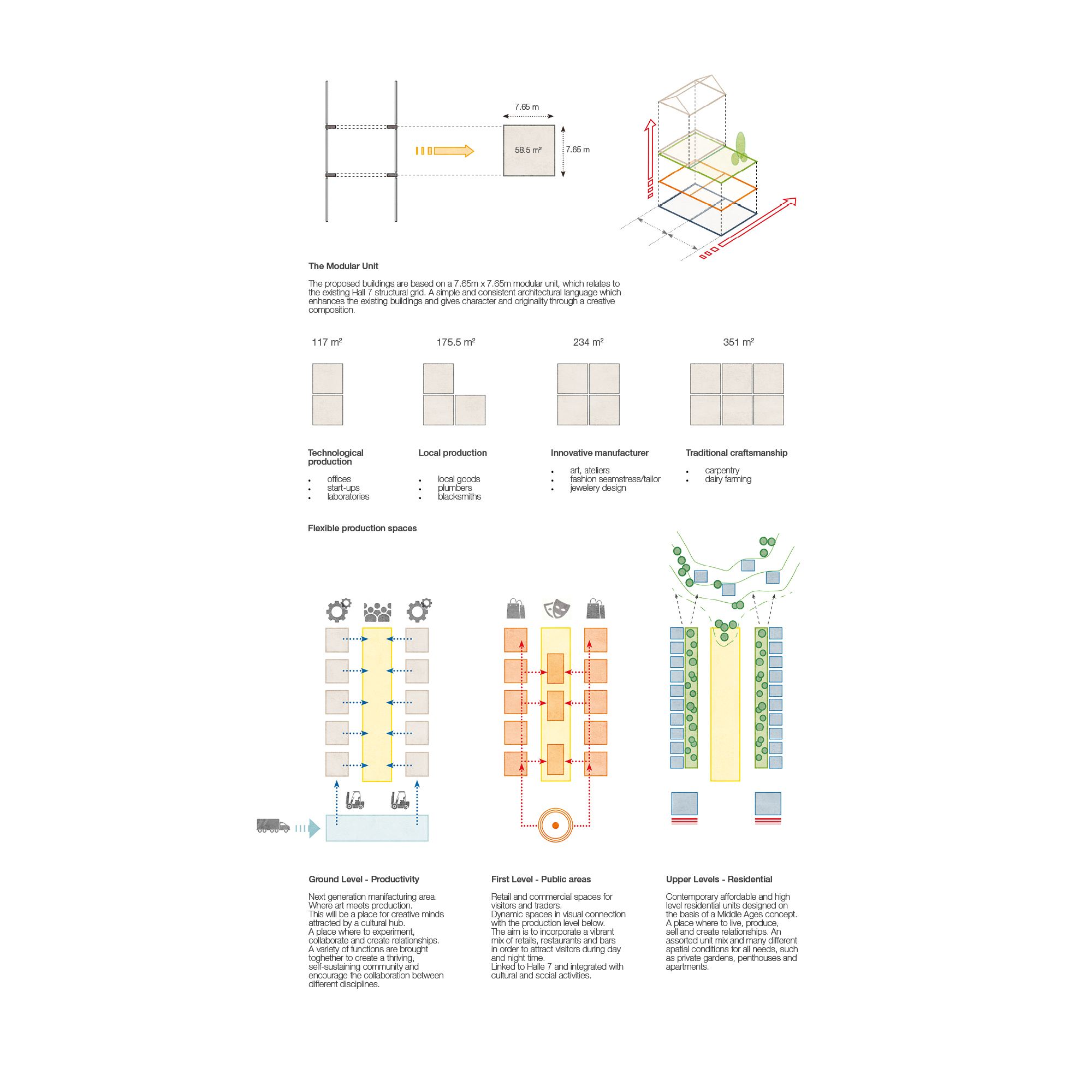 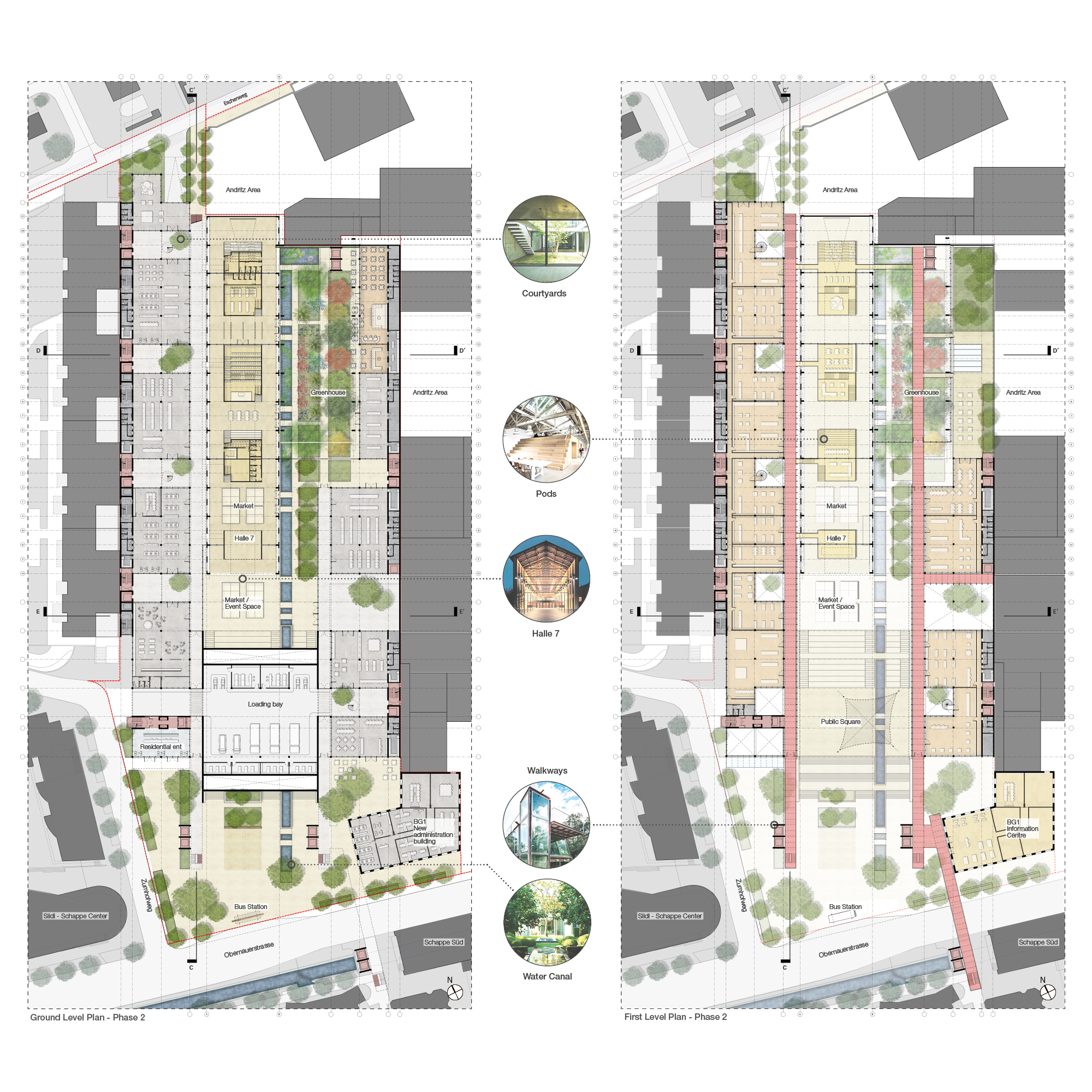 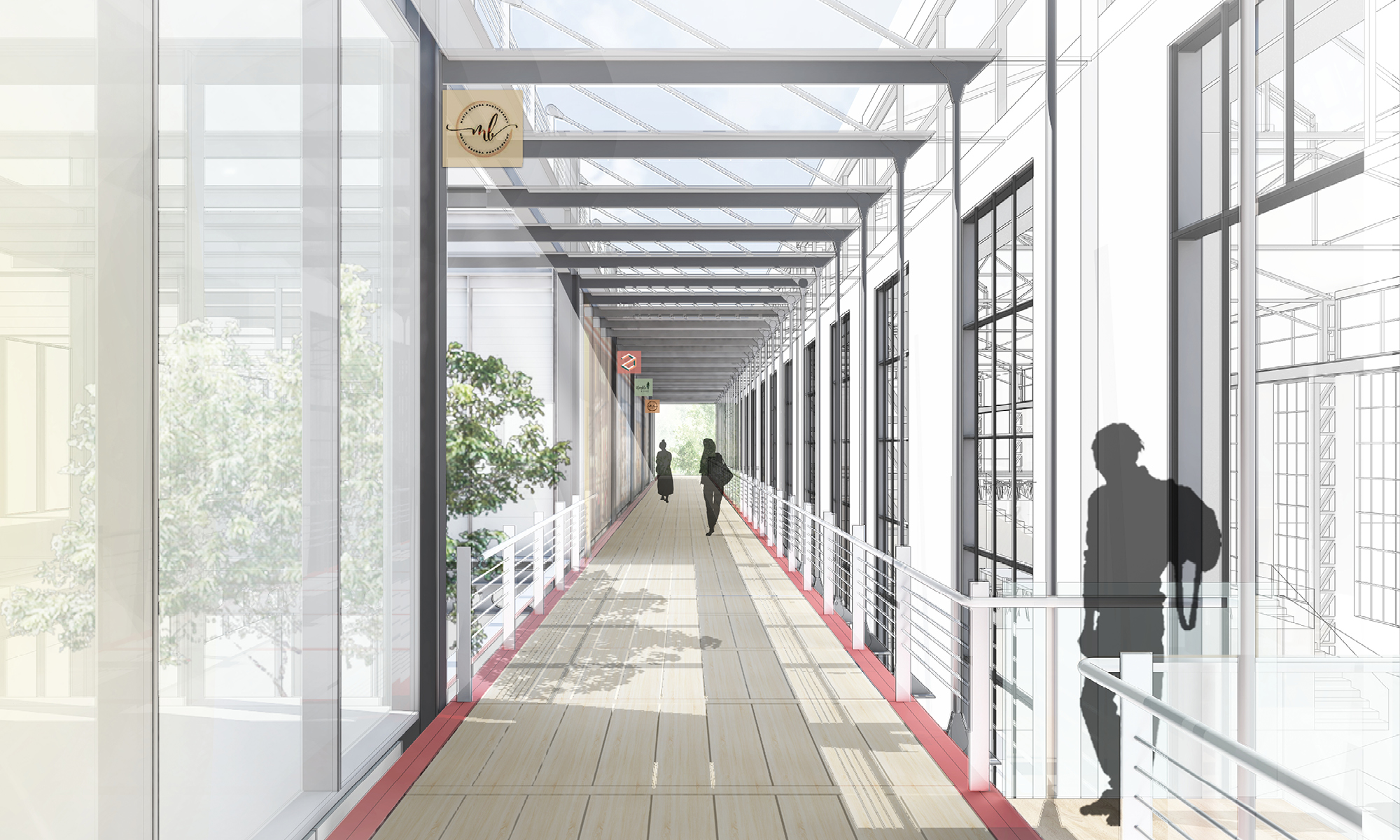 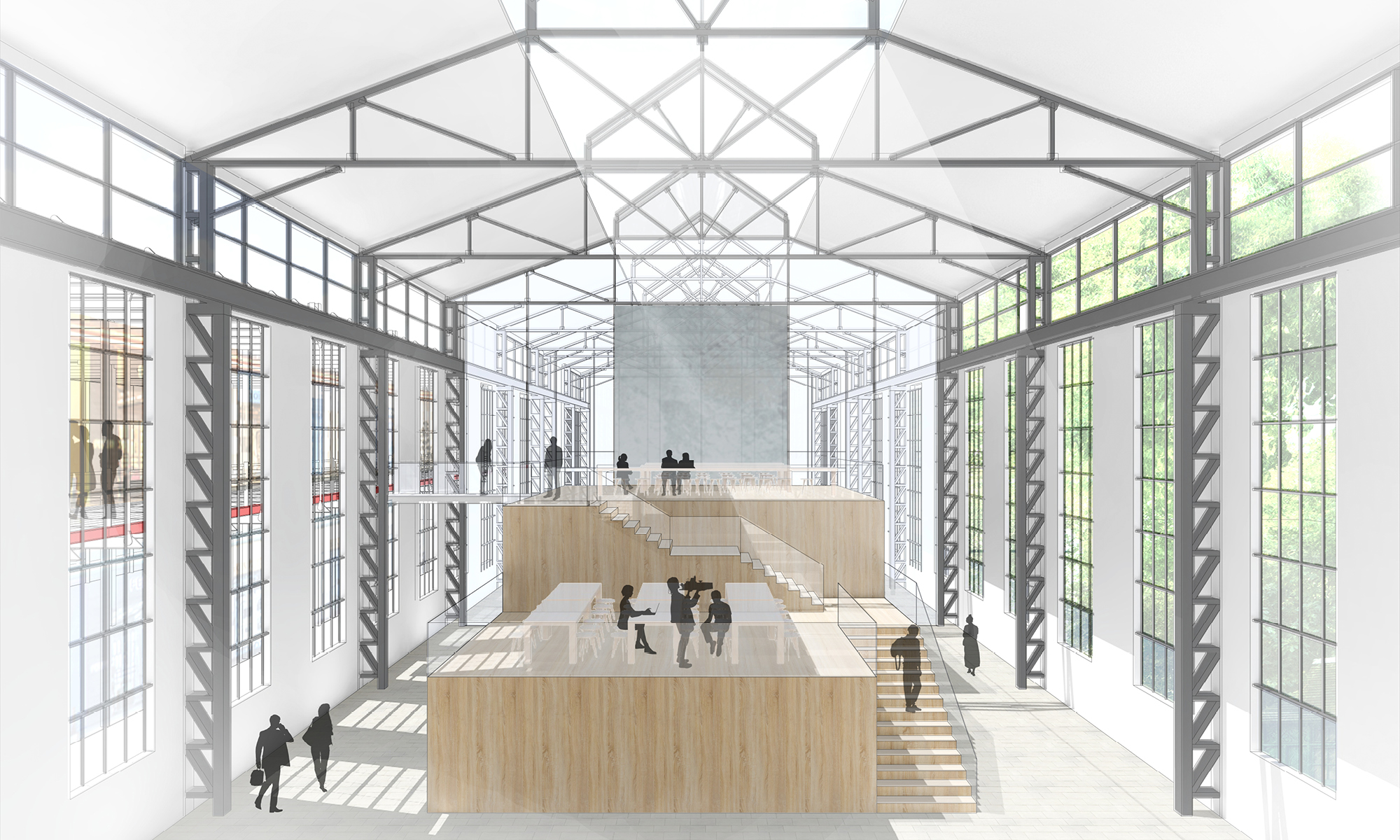 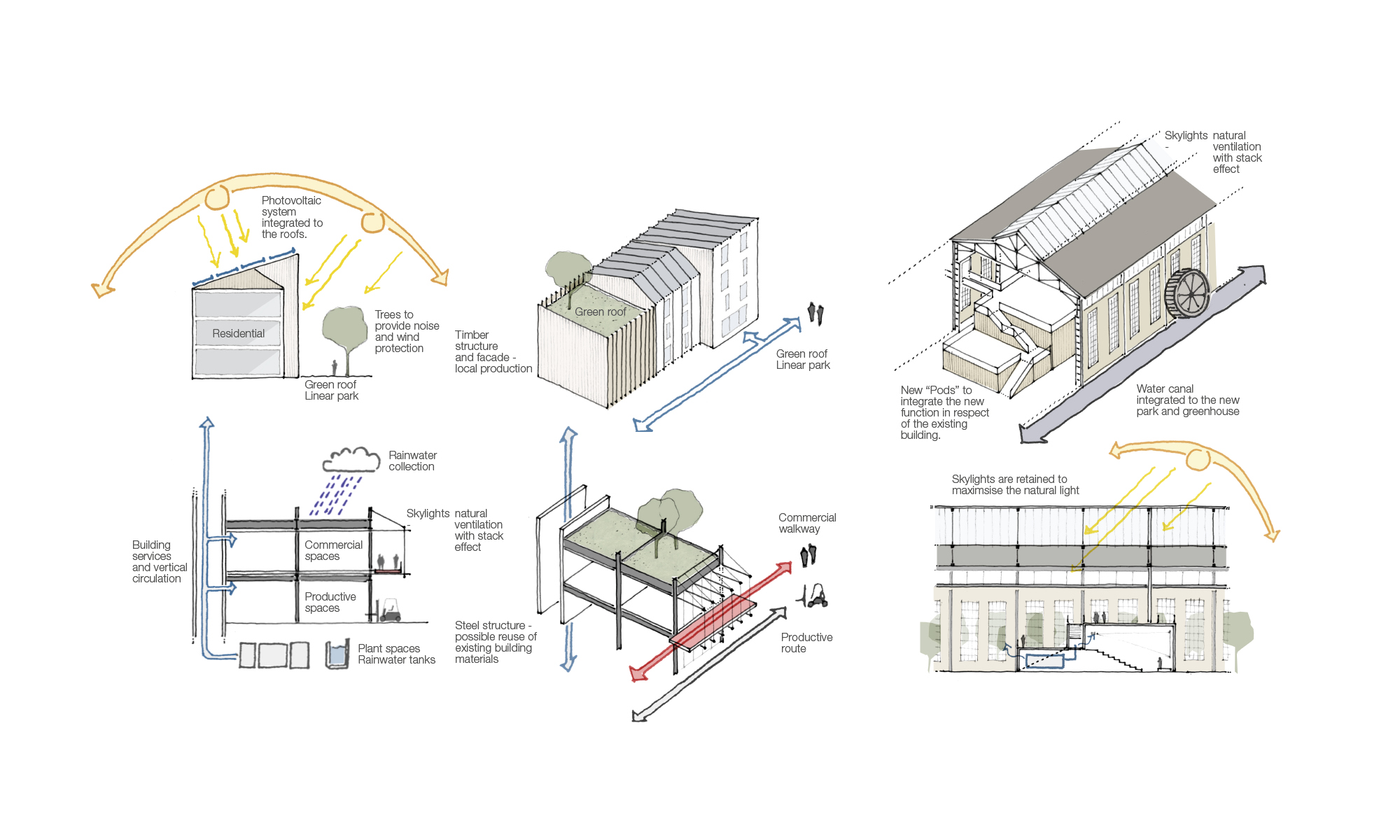 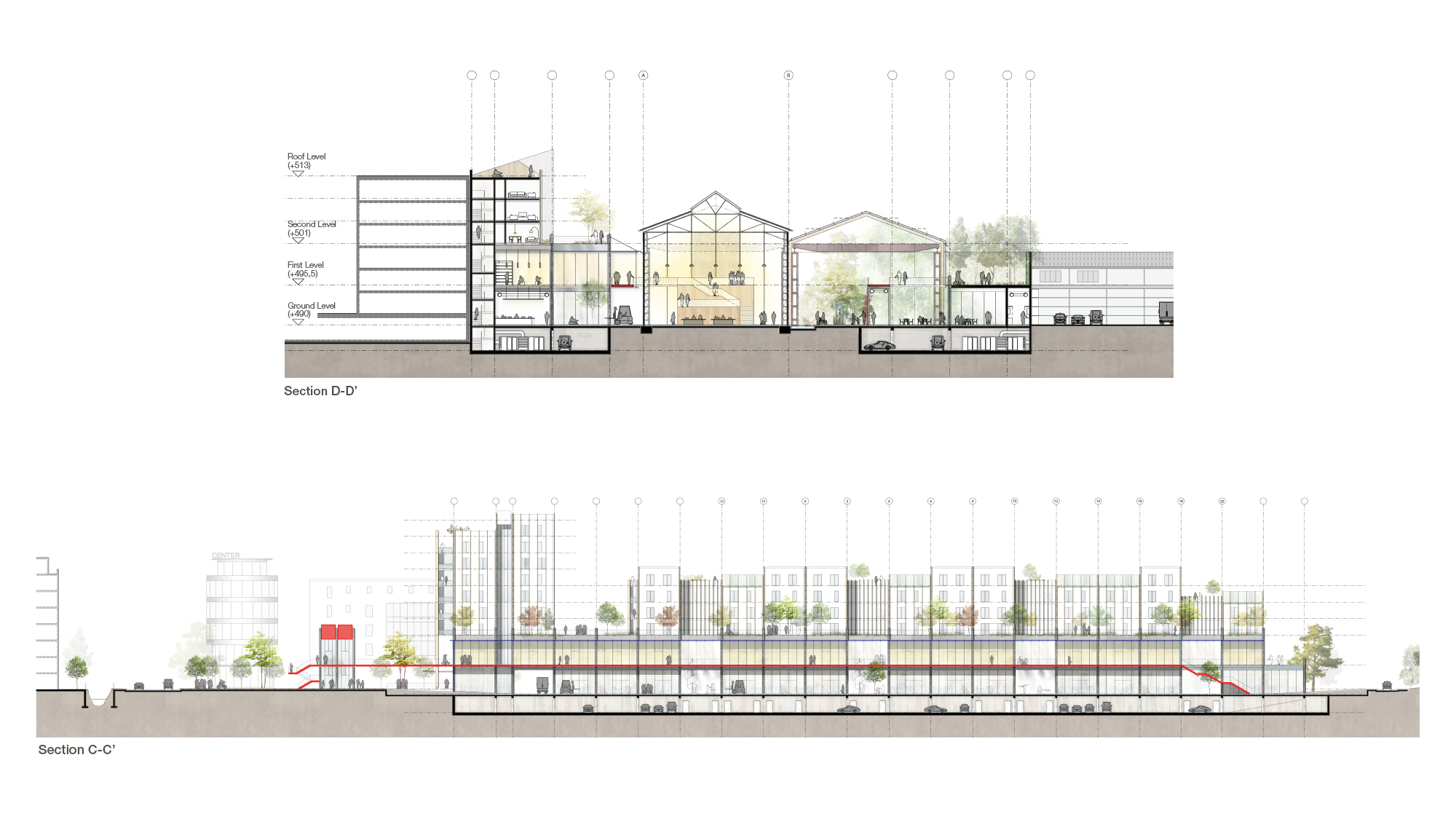 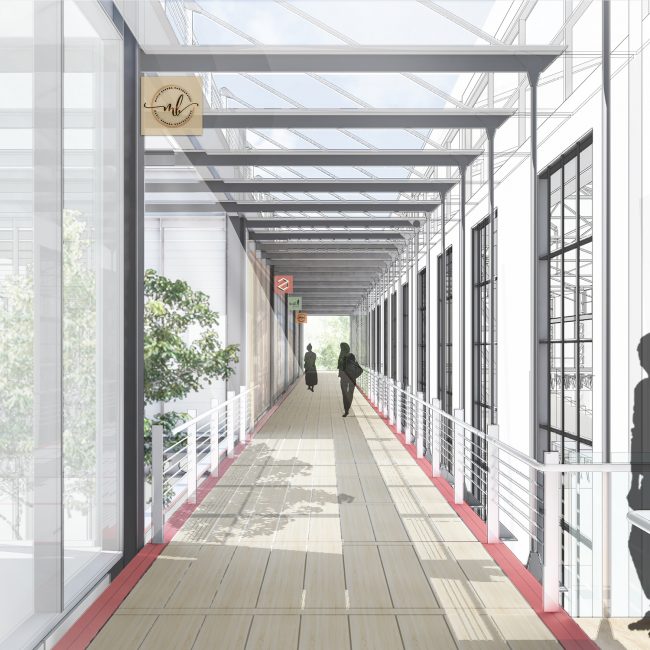 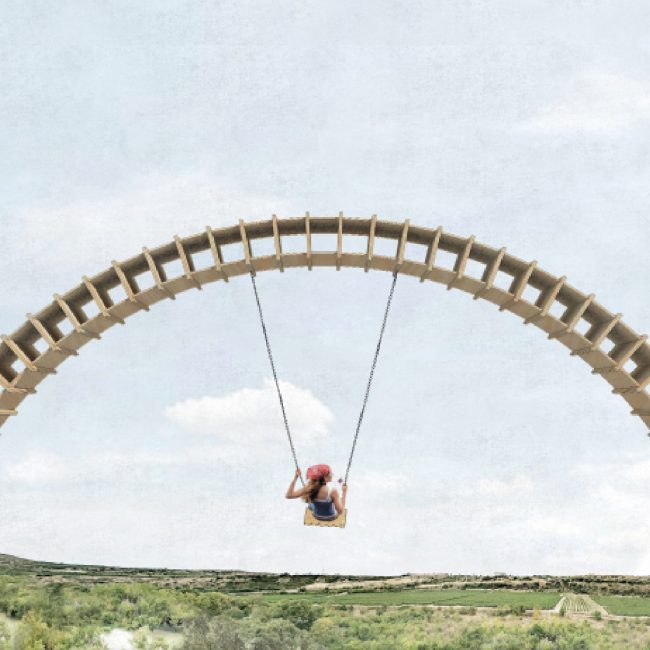 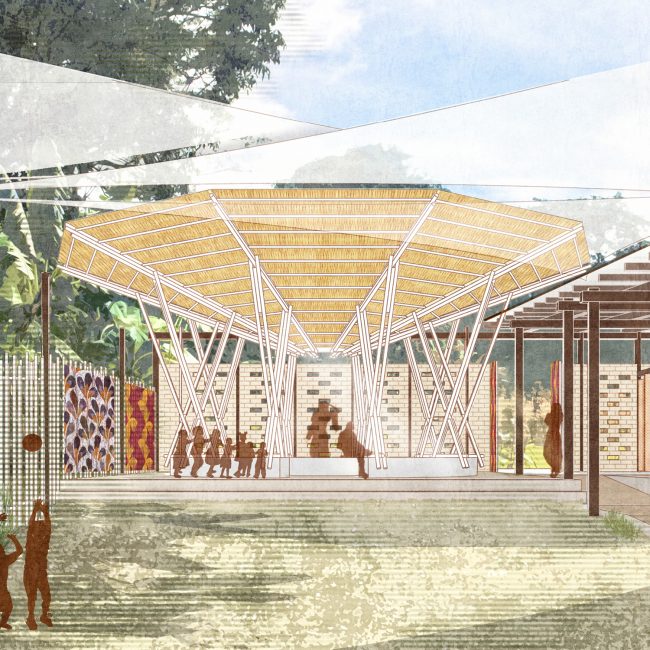 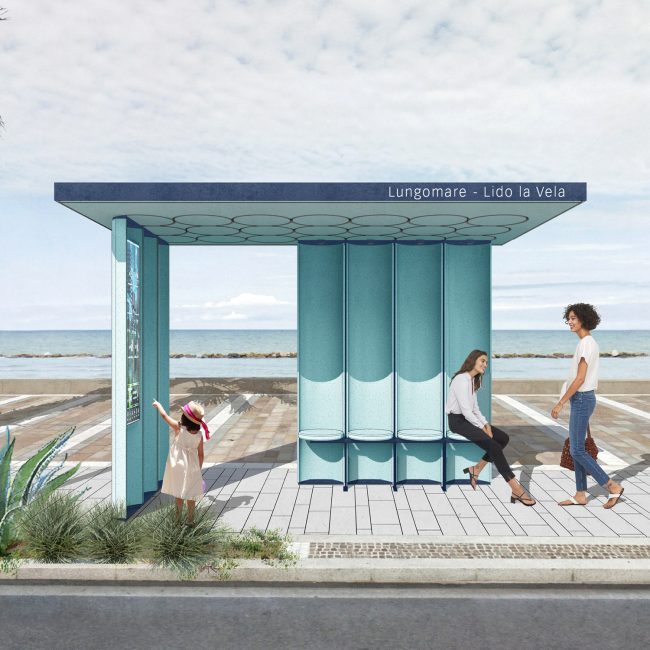 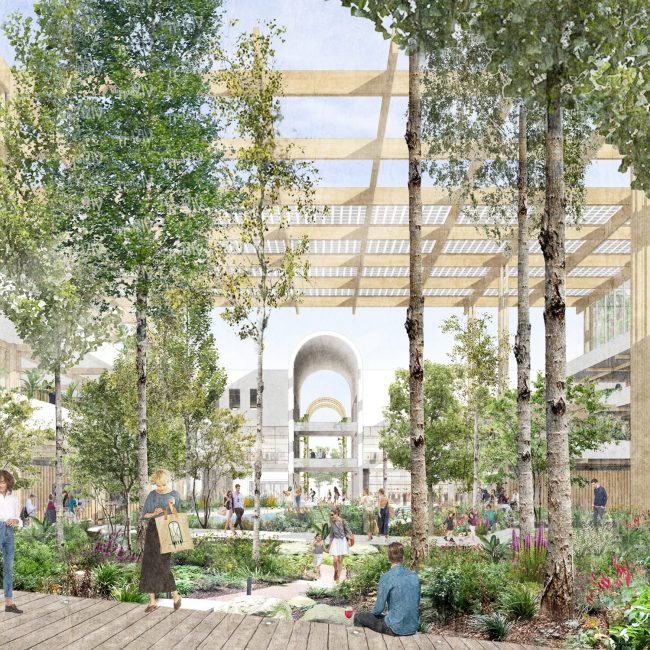 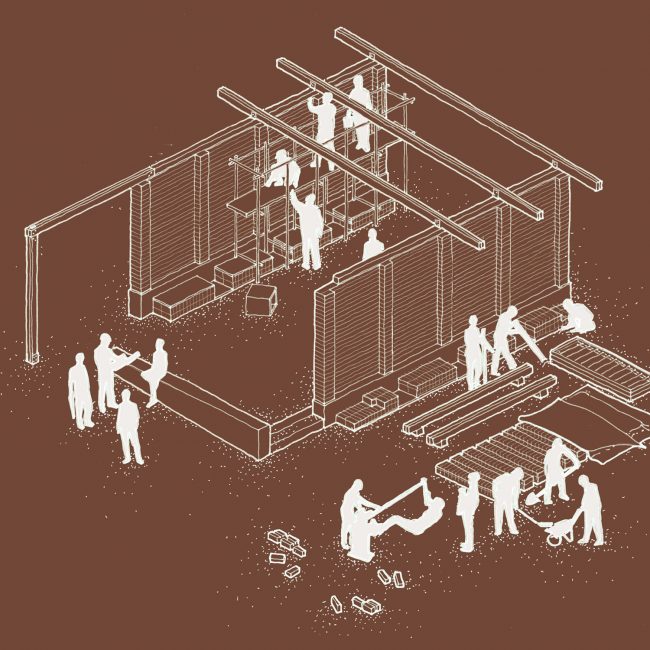